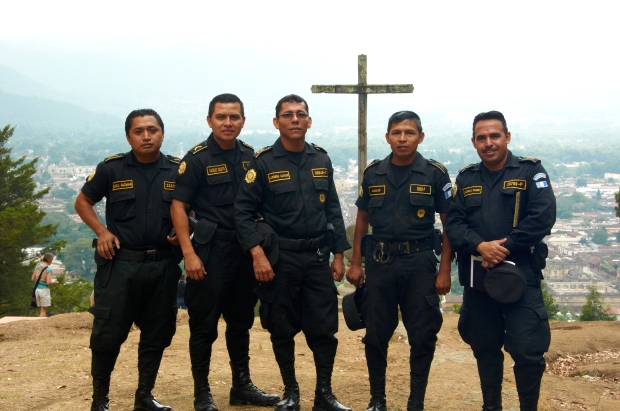 There is a beautiful lookout point in Antigua, Guatemala named Cerro de la Cruz and you can see the entire grid of the city with its outer neighborhoods. It’s a short hike to get there and worth the view once you get to the top. Within minutes of arriving at the top and snapping a few pictures of the view, a few Guatemalan police passed by me and they asked if I would take their picture. I am not fluent in Spanish yet, but the hand gestures mixed in really helped me understand what they were asking.

I first took a group shot and then they approached me a few minutes later asking for individual shots. I was pleased they chose me out of a handful of others close by with cameras in hand. We exchanged emails and off they went to protect the people. I figure if I ever need the help of the police here in Antigua, I will have a pack of police to call upon.

This site uses Akismet to reduce spam. Learn how your comment data is processed.